Lonesome For You Blues drops for Glen Duncan Posted on October 24, 2019 By John Lawless 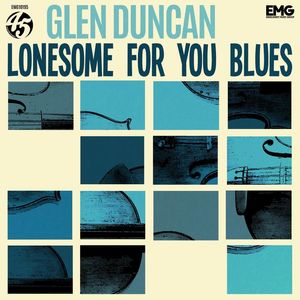 Glen has worked in bluegrass since he was a young man, even touring with Bill Monroe as a member of his Blue Grass Boys. He was partnered for several years with Larry Cordle as Lonesome Standard Time in the early 1990s, and has played or recorded with quite nearly everyone in bluegrass, and quite a few pop stars as well.

Though known primarily as a fiddler and a producer, Duncan takes the lead vocal here on a song that reflects the influence of two of the artists he has recorded with over a long career, Bill Monroe and Del McCoury.