Six Feet Under The Ground from Glen Duncan Posted on July 10, 2020 By John Lawless 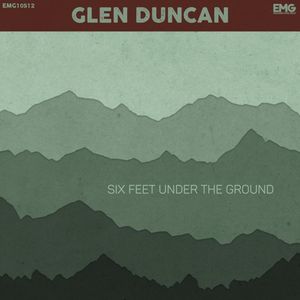 The new single this week  from fiddler and vocalist Glen Duncan, Six Feet Under The Ground, is the third released in advance of his upcoming album from Engelhardt Music Group.

For this latest track, Glen set out to create a worthy tribute to the great Bill Monroe, his former boss, and someone he looked up to tremendously.

“When I was a Blue Grass Boy, it was always such a powerful moment to walk out on a festival stage with Bill Monroe and launch into a song like Six Feet Under The Ground!! That’s exactly the feeling I wanted to capture when I recorded this: Bean Blossom on a Saturday Night, a huge crowd under the trees, full of anticipation, and we’re kicking off our show with Six Feet Under The Ground.”

Duncan is supported here by a literal who’s who of bluegrass Nashville: Scott Vestal on banjo, Kenny Smith on guitar, Casey Campbell on mandolin, Rob Ickes on resophonic-guitar, and Dennis Crouch on bass. To make it even more special, Del McCoury came in to sing the vocal harmony!

It’s a rockin’ track where Glen takes care of the lead vocal and the triple fiddles. You can definitely feel the old man’s presence.

Radio programmers can get Six Feet Under The Ground now from AirPlay Direct. It will be available to consumers wherever they stream or download music online next Friday (July 17).